Skip to content
Articles On Drug Addiction and Recovery
Use of GHB
On any given night at clubs and raves across the Nation, drug use is rampant. Many partygoers are using MDMA (ecstasy) and drinking alcohol. However, a growing number of these partygoers are also experimenting with another club drug, gamma-hydroxybutyrate (GHB).
Don’t Be a Date-Rape Victim
Always watch your drink being prepared
Never leave your drink unattended-take it with you wherever you go
Don’t accept drinks from punch bowls since you don’t know what ingredients were used to make the beverage
Slang Names for GHB
G
Liquid Ecstasy
Liquid X
Georgia Home Boy
Grievous Bodily Harm
Scoop
This drug is not as widely known as ecstasy, but it is just as dangerous. In fact, the Drug Abuse Warning Network reported that in 2000 more emergency room visits throughout the United States were related to GHB use than to ecstasy use (4,969 versus 4,511, respectively). 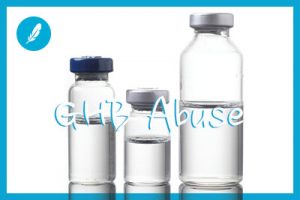 GHB-dependent people may find it very hard to stop using or cut down because of withdrawal symptoms.
Withdrawal from GHB may last two weeks or longer.
These can include:
• confusion, agitation, anxiety, panic
• insomnia
• shaking
• muscle cramps
• perspiration
• hallucinations
• tachycardia (rapid heartbeat)
• seizures/convulsions (fits)
• delusions or paranoia
• psychosis
• sweats
• hypertension (high blood pressure)
• nausea or vomiting.
Sudden withdrawal from high doses may also result in bowel and bladder incontinence and blackouts, and may require medical assistance. If you are worried about withdrawal, contact your doctor or health center.

Not knowing the strength of GHB increases the risk of overdose. Overdose of GHB can happen to
anyone. Even small amounts may cause overdose with some people who have an especially strong reaction to it.

When a person overdoses, they may:
• Appear to be asleep but cannot be woken.
• Be incoherent, sweating profusely, vomiting and have
irregular or shallow breathing.
• Not be able to stand and/or have involuntary muscle contractions.

An overdose of GHB can cause:

There is evidence that GHB is highly addictive. People who use GHB regularly can develop a tolerance and dependence very quickly. Tolerance means that you must take more of the drug to feel the same effects you used to have with lower amounts. Dependence on GHB can be psychological, physical or both.
Dependence on GHB means that it takes up a lot of your thoughts, emotions and activities.
Dependence on GHB can lead to a variety of health, money, legal, work and relationship problems.

If you possess, use, manufacture, import, sell or give GHB to someone else and get caught, you could face substantial fines and penalties including a prison sentence. There have been instances where GHB has been used in drink spiking due to its dis-inhibiting and amnesiac effects.

The majority of GHB users are young adults, between ages 18 and 25, and they are now mainly using the drug to produce feelings of euphoria while they are at clubs or raves. GHB, which is usually developed as a liquid or powder, is odorless and colorless, so it is difficult to recognize by sight that it is an illegal substance. A person carrying what looks like a bottle of water into a party may really have GHB in that bottle.
Also disturbing is the fact that some people are slipping GHB into women’s drinks while they aren’t looking and using the drug’s effects to take advantage of the women sexually, also known as “date rape.” Because GHB can cause the victim to be immobile and to even suffer from amnesia, this drug appeals to many sexual predators. Victims usually don’t even notice when GHB is slipped in their drink since it is both odorless and colorless.
Many date-rape victims don’t suspect that they have been drugged until the drug has left their body. GHB typically leaves the system within 12 hours, which makes it critical for persons who suspect they might have been drugged to get tested at a hospital emergency department quickly. If tests can be done before GHB leaves the body, officials may have an easier time proving that the victim has been date-raped and drugged and, therefore, prosecuting the perpetrator.
In addition to immobility and amnesia, side effects of GHB range from drowsiness and dizziness to nausea, seizures, respiratory problems, and death. Other side effects include high blood pressure, mood swings, liver tumors, violent behavior, impaired breathing, and loss of reflexes, according to Prevention Works! Club Drugs: GHB, an Anabolic Steroid. GHB is frequently used with alcohol, which can amplify these side effects.

Other dangers exist with GHB ingestion. Users have no way of knowing which chemicals are used to create GHB since it is illegally developed in clandestine labs. Typically, however, GHB is produced using common household cleaning products and other strong chemicals. Two “chemical cousins” to GHB – 1,4-butanediol (or BD) and GBL – are just as dangerous to users. When ingested, these drugs convert in the user’s body to GHB and can cause the same side effects found in GHB.
GHB was initially used by bodybuilders and athletes to build up their muscles, but when they began overdosing, the Food and Drug Administration (FDA) took notice. In 1990, the FDA deemed GHB unsafe and by 2000 the drug had been placed in Schedule I of the Controlled Substances Act. In other words, GHB is now considered as dangerous as other, better-known drugs such as cocaine and the penalties for using or distributing GHB are just as serious.
Unfortunately, use of this drug has been increasing dramatically in recent years. While in 1990 the Drug Abuse Warning Network reported that 56 mentions of GHB occurred in emergency departments nationwide; by 2000 the number of mentions had increased to 4,969.
0
SHARES
ShareTweet